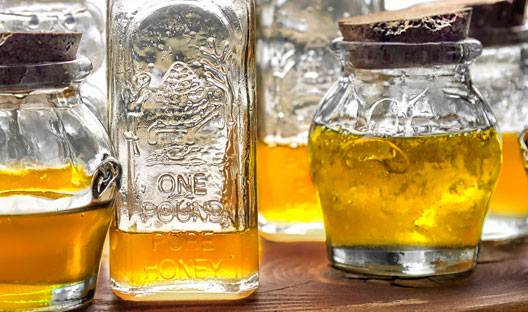 In The Honey Jars

I wandered on the stardust
to understand the question
to try to know what
recollections made had left me here
unknown and unseen.

A mysterious hand pushed me on
until I asked who and what it is, “I Am.”

A creation of primordial thought
I scurried about on the edge of doubt
I lived outside time within the shadow place
until I met the naked emptiness,

the nothingness of me –

and, the solutions I thought I had
were only empty jars of honey
left on a sun-filled window shelf,
a chorus of honey jar ghosts
crying more, more, more,
Honey. 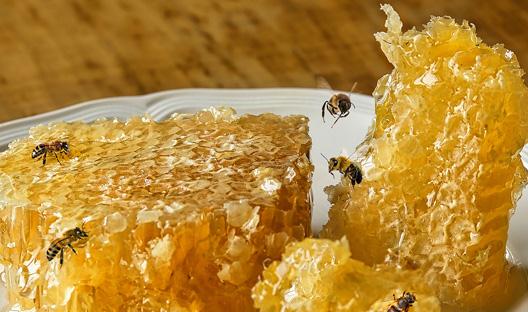 silently watching over the jars of honey.

Then, on one millennium day
I spotted a few bees
around the node of Andromeda,

“Delicate is mother who gives honey from her hive,
while your spinning galaxy searches to survive”

I made the decision to take this all into consideration. 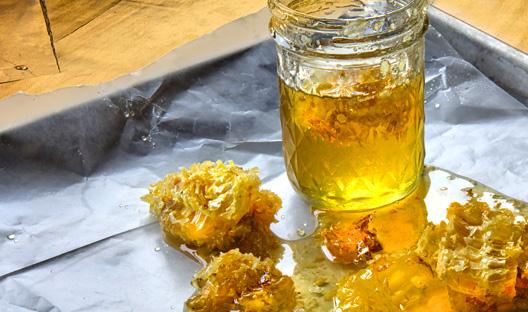 And, then I Remembered

The reason of “I”

The journey of Soul.

So, I broke off a piece of myself,

( the only thing to do given the situation, an entire planet
careening through space would have become a nuisance,
disrupting all order and harmony in the cosmos )

I took the corner

a slice of falling light – 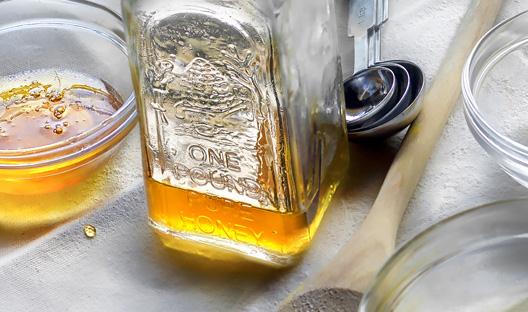 The mother picked up the last honey jar with only an inch left in,
She turned the honey jar over filling her measuring cup half full.

She looked up from the kitchen table over to where her young son
was standing in front of the fireplace.
“This is the end of the honey for this winter,” she said.

The boy was playing with the fire poker,
turning the golden embers of the fire over and over.

He hardly noticed his mother, as he was consumed by the dancing
flames. His mother went on, “Sweet honey from the rock,
don’t you worry, we’ll make it through by Grace.”

But her son had taken the fire poker and had run outside.
He slashed the frozen ground, tore up the snow with his
poker, an arc – a wing, etched into the ice – mist rose.

A crackling sigh, “No, no, no more hunger.”
The boy’s stomach knotted up.
While, overhead an asteroid made its decent.

The boy, on seeing the flash in the sky, yelled out to his mother,
“Mama, Mama, come quick, a shooting star. It’s a sign.
Soon there will be honey in the honey jars.” 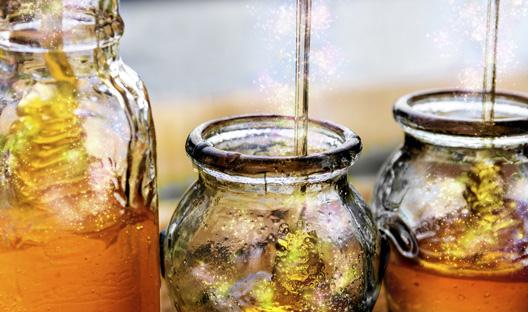 Falling through a crescent,
torn from atmosphere,

The bees and I descended –

flying into time, hitting the fabric wall,
ripping from the wilderness

wings, burned Icarus
first to moon, then to earth –

I landed on the mountain snow
screaming to the wind,

The wind came howling back,
The boy ran, the bees cried –
mother chasing after son,

“ Miracle of Gabrielle! An angel has arrived! ”

The boy lurched into the fire of the bees
extinguishing himself into the prophesy. 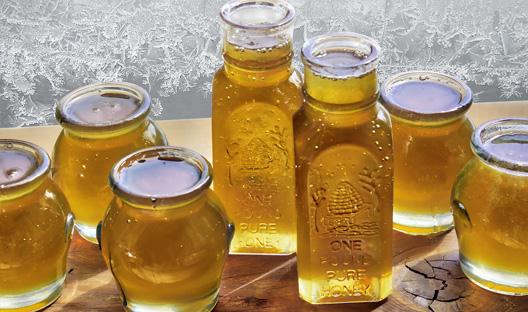 Honey melted from the poker
formed a pool on the ground

A golden urn of redemption that sat alone

the witness – as Isaiah touched the night – speaking

“Be Still and know that I Am Here Now.”

And as the formation of what was to be known
as the miracle of winter’s birthing
the boy and his mother went inside their home.

For they found there on the window’s shelf
eight full jars of honey with one more in the center.

On the days to come passers-by would comment on
the nine lights of winter that became
the hope of the prophets of the coming age.

~ From The ( not so ) Little Book of Surprises

Join me on social media for your weekly inspirations, poetry, blessing and prayers, tools for you to find the calm in the chaos and live a radiant life.