Deirdre Hade is a modern day mystic, poet and visionary leader in the ancient arts of the wisdom traditions. Creator of “The Radiance Journey ” a path to mystical knowledge – Uniting the magical with the material – Soul purpose and mystery with everyday life.

Deirdre first began to see energy at a very early age, but not until her mother, scientist and poet Katherine Blumer Hade, was diagnosed with advanced breast cancer did Deirdre, at sixteen, begin to understand why. Together, the two women began developing a method of healing work based on divine light. This led her mother to live thirteen years longer than expected. 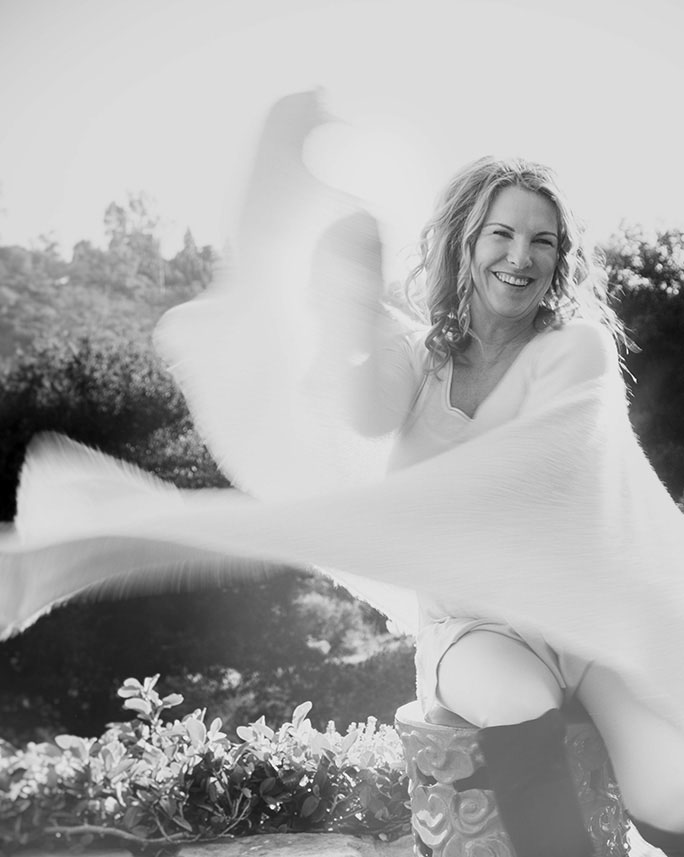 A pioneer in the art of spiritual dance, Deirdre first applied her gifts as a ballet dancer choreographer. Recognized my Robert Joffery for her fire and spirit, Deirdre’s dance company, “Celebrations of the Sacred”, performed under grants from the Mid-South and Tennessee Arts Council . She danced with the NYC Opera, choreographed for the Banff Center of Performing Arts, Opera Memphis and Southern Opera Theater. As director of the Memphis Ballet Company, she created the first inner city ballet program teaching to disadvantaged youth, choreographing for their performances, sewing costumes, awarding scholarships to the talented for study with the Memphis Ballet Academy. Deirdre choreographed and performed in Stephen Halpern’s, Summer Wind, the inaugurating video of the VH1 channel.

At seventeen, she had a fortuitous meeting in Memphis with Joseph Campbell, Hero with a Thousand Faces, that would set the course of her life’s work. Joseph Campbell convinced Deirdre to pursue the path of a mystic and to not go into anthropology as she had planned, saying, ” it will ruin your gift, you already have what we are all looking for…”

This same year Deirdre was given a photocopy of the then unknown book, A Course in Miracles. She began studying the texts for hours on end. This, along with the southern gospel churches gave her scientific mind a spiritual foundation (both of Deirdre’s parents were research scientists in biochemistry and physiology). Deirdre’s search for self-discovery led her to be mentored over a lifetime by the elders and teachers in the mystical Christian tradition, the I Am Presence teachings, the Hindu Vedic tradition and Mussar and Lorianic Kabbalah for which she has studied for over 20 years with two esteemed Rabbis.

In 2004 Deirdre founded Radiance Healing and Radiance Meditation as a form of energy healing mystical wisdom based on the Kabbalah’s Tree of Life. Today called, The Radiance Journey. Deirdre has given Radiance Journey healings and retreats to thousands throughout the country from The Omega Institute, The ACADEMI of Life in New York City, The Evolutionary Healing Institute in Miami, Florida to Sacred Space in Santa Barbara. Deirdre’s book, The (not so) Little Book of Surprises, released in 2016, was performed to a standing room only audience at Donna Karan’s Urban Zen Center.

A member of Jack Canfield’s Transformational Leadership Council, an organization of 150 worldwide in the field of personal transformation that includes John Grey and Marianne Williamson. A keeper of the World Peace Flame. A founding member of the Association for Transformational Leaders of Southern California. Was featured as a Love Luminary in “Love for No Reason, by Marci Shimoff. Deirdre was named a Light Luminary, alongside Neil Donaldson Walsh and Don Miguel Ruiz Keidi Keating’s book, The Light. Her wisdom on prayer in “How To Pray,” by Celeste Yacoboni’s. Along with Jean Houston, Deirdre has been honored by Dr. Iziz Fuqua with the F.L.O.W.E.R. award for her pioneering work in energy healing. In 2014, Deirdre was knighted by the Sovereign Order of the Knights Hospitallers of St. John of Jerusalem for her humanitarian work. She received the AWREY award alongside the mayor of Santa Barbara, for her leadership as a spiritual entrepreneur. Deirdre’s Radiance Pure Energy Program has been sold in over 132 countries.

As founder of, The Foundation for Radiance, non-profit, Deirdre has worked with the Women’s Prison Association of New York and Nuveo Amanecer (Sister Trinidad Lopez’s program for women from abuse and sexual slavery in East Los Angeles). She designed, My Angel Pillow, with Kellee White to bring the healing comfort angels to children in hospitals. One of Deirdre’s greatest honors was meeting President Barak Obama,

In 2014 Deirdre married her great love, Will Arntz, Creator of, “What the BLEEP Do We Know!?” and with what she considers her two greatest accomplishments, that of being the mother of her two children Leilah Katherine Franklin and Eric Harel Franklin, they all live happily ever after…

Deirdre and Will just completed their first project together, The (not so) Little Book of Surprises.

She is currently writing her memoir about living as a modern day mystic. 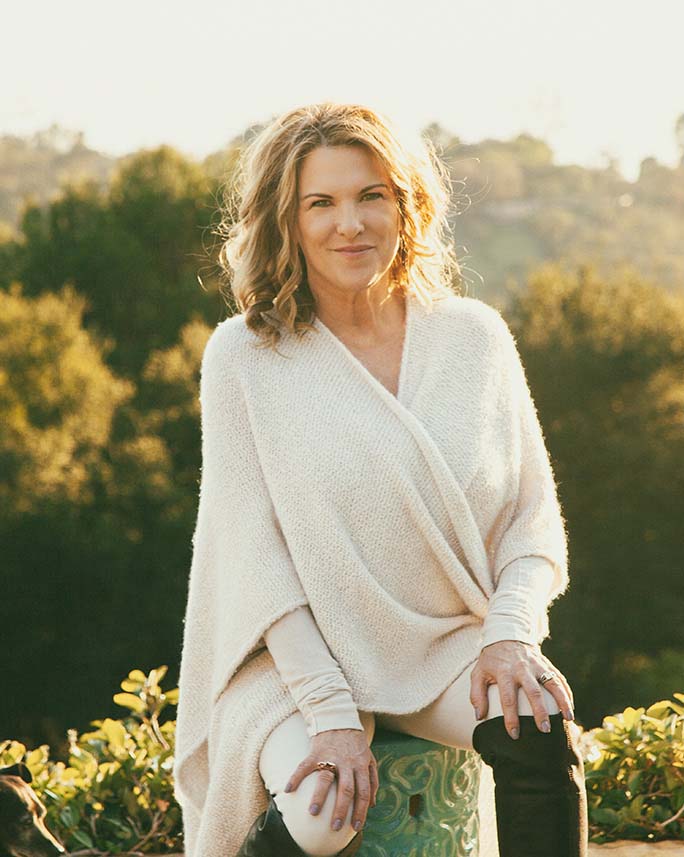 “Your greatest desire is to the connection of love.
This Desire is what keeps us alive.
To attach, to connect, to become intimate with life.”